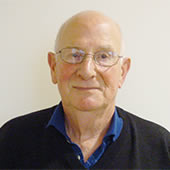 I posted a couple of weeks ago about the sad news of the death of John Beattie, English (and Canadian) legal historian par excellence and all-round wonderful person.
An online book of remembrance has been set up. If you were a student, colleague, friend or fan, his family would appreciate hearing from you.
Posted by Mary Stokes at 3:24 PM No comments:

Brown, "Firearm 'Rights' in Canada: Law and History in the Debates over Gun Control"


R. Blake Brown has published "Firearm 'Rights' in Canada: Law and History in the Debates over Gun Control" in the Canadian Journal of Law and Society/Revue Canadienne Droit et Société.
Here's the abstract:

Pearlston, "Avoiding the Vulva: Judicial Interpretations of Lesbian Sex Under the Divorce Act, 1968"

Karen Pearlston, of UNB Faculty of Law, has published "Avoiding the Vulva, Judicial Interpretations of Lesbian Sex under the Divorce Act, 1968" in the Canadian Journal of Law and Society/La Revue Canadienne Droit et Société.

John Beattie was loved by everyone who knew him, and admired and respected by everyone who read his work or heard him speak. His brilliance as a scholar was matched by his kindness as a person. An unusual combination. I could say more, but this is a lovely obituary in the Globe and Mail. I will post the details of his memorial when they are available. Goodbye John, and thank you for everything.

John Maurice (J.M.) Beattie
Passed away from cancer on
July 12, aged 85, in the comfort
of his family.John leaves Susan,
his loving wife of almost 59
years; three children:Katherine
(Ed Holmes), Allison (Mark
Simpson) and Roger
(JoanneHoribe); and five
grandchildren: Natalie, Nicholas,
Sarah, Chloe andKaz - all of
whose lives he touched so
deeply.He was predeceased by
his parents, Frank and Mary
Beattie and by his beloved older
sister, Joyce.John Beattie was
born and raised in Dunstan,
England, near Newcastle upon
Tyne. During the war he and his
sister were temporarily relocated
to the countryside.After the war
Joyce married an American
serviceman and the entirefamily
moved to Napa, California.John
attended the University of San
Francisco where he studied
historyand captained the soccer
team. In 1988 he was inducted
into the USFsports hall of
fame.John earned a master's
degree from the University of
California atBerkeley. It was
there that he met Susan, the
love of his life.In 1957 they
moved to the UK where Susan
taught school while John earned
his Phd. from King's College
Cambridge, under the
supervision of J.H. Plumb.In
1961 he accepted a teaching
position in the History
department at the University of
Toronto, the start of a thirty-five
year career.In the late 1960s
John turned his academic
attention to the subjectthat was
to define his ground-breaking
research, publishing career and
reputation: crime and the
administration of justicein 18th
century England. He published
many articles along with five
books including his seminal
work, 'Crime and the Courts in
England, 1660-1800.'In the
1970s, John's burgeoning
academic pursuits happily
coincided with the creation of
the U of T's Centre of
Criminology, the beginning of
what was for John a significant,
decades-long association; one
that included two stints as the
Centre's Director.Yet as
important as research and
writing were for him, John's
great love was teaching. He
believed this was a university's
most essential mission and the
truest test of what its core values
should be: openness, curiosity
and rigour.John always took
immense pleasure in the work of
his graduate students and joy in
all their successes, academic and
otherwise. His spirit of
generosity towards them
extended to colleagues in the
field, to his and Susan's
neighbours and to their many
friends, and their families. Above
all else John's credo was
fairness. He insisted on it in his
own assessment of the past and
lived it in his dealings with the
people in his life, no matter how
long or short his association with
them.Upon his retirement in
1996 John was a U of T
University Professoremeritus. He
and Susan spent many
wonderful summers at their
cottageon Pencil Lake where
John played business manager,
transportationdirector and chief
glaze-consultant for Susan
Beattie Pottery, happilyassuming
the supporting role for Susan's
pottery-making that she had
devoted to his academic work.It
was a lifelong partnership in all
the best ways.It was at Pencil
Lake, too, that he fell in with a
group of golfbuddies, found later
in life, whose Tuesday rounds on
courses acrossthe Kawarthas
gave him so much
pleasure.John's work drew
praise and many awards but his
most truly importantsuccesses
came elsewhere: devoted
husband, loving father, nurturing
grandfather and loyal
friend. Cremation has taken
place.There will be a celebration
of his life in the fall academic
term, details to be
announced.The family would
like to thank Dr. Russell Goldman
and his wonderful team at the
Temmy Latner Centre for
Palliative Care and Nina and
Emily from Saint Elizabeth, all of
whom provided such loving care
to John these past months.The
family is also so grateful to the
staff at Kensington Hospice for
making his final hours so
peaceful.In lieu of flowers, a
donation to Interval House, an
organizationdevoted to restoring
respect and independence to
abused women and children,
which John has supported for
many years, would be greatly
appreciated.

In recent years the term “wage theft” has been widely used to describe the phenomenon of employers not paying their workers the wages they are owed. While the term has great normative weight, it is rarely accompanied by calls for employers literally to be prosecuted under the criminal law. However, it is a little known fact that in 1935 Canada enacted a criminal wage theft law, which remained on the books until 1955. This article provides an historical account of history of the wage theft law, including the role of the Royal Commission on Price Spreads, the legislative debates and amendments that narrowed its scope and the one unsuccessful effort to prosecute an employer for intentionally paying less than the provincial minimum wage. It concludes that the law was a symbolic gesture and another example of the difficulty of using the criminal law to punish employers for their wrongdoing.
Posted by Mary Stokes at 10:04 AM No comments: