The Osgoode Society is delighted to announce that our Associate Editor-in-Chief and three-time Osgoode Society author, Professor Philip Girard, and Professor Lori Chambers, another of our authors (also three times) have both been elected Fellows of the Royal Society of Canada. Philip Girard’s prize-winning work on the history of law in Canada has shaped the field and redefined its agenda for the twenty-first century. Tracing the roots of today’s legal pluralism to the historic encounter of two European empires with Indigenous peoples in northern North America, he stresses how this pluralism allowed Quebec civil law to flourish on a continent of common law and now creates space for the renaissance of Indigenous law.  Lori Chambers is a legal historian who focuses on gender. She has published books on marital property law, the treatment of unmarried mothers, the law of adoption and child welfare, and intimate partner violence. She is currently involved in a number of projects on various aspects of police and legal responses to gender-based violence. She is also a community activist in the movement to end gendered, sexualized, and racially-motivated violence.

Posted by Mary Stokes at 4:43 PM No comments:

who are not already on our listserv please take note of (terrific) upcoming zoom events: (and sign up for our newsletters or join the society. Or both.)

One slot left in the Winter/Spring term to present a paper or work-in-progress to the OS legal history workshop!

Congratulations (again) to our newest Supreme Court justice, Mahmud Jamal! And thank you for the shout-out! Listen to Justice Jamal's interview with the parliamentary committee, wherein he mentions the Osgoode Society (favourably) and Heidi Bohaker's recent Osgoode Society book, Doodem and Council Fire, ditto.
Posted by Mary Stokes at 12:12 PM No comments:

Posted by Mary Stokes at 5:56 PM No comments:

Did you know....the Osgoode Society has numerous books and oral histories that focus on women and the law. Here are a just a few of the former: 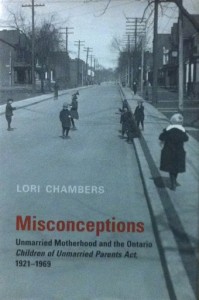 Posted by Mary Stokes at 7:11 PM No comments:

Black History Month! Read up on the history of race and the law in Canada

The Osgoode Society has published several books and articles on the historical experience of blacks and other racialized groups in the Canadian legal system. Here's a partial list by author:

Backhouse, Constance, Colour-Coded: A Legal History of Racism in Canada, 1900-1950 (1999). See particularly chapters 6 and 7: ‘It will be quite an Object Lesson: R. v. Phillips and the Ku Klax Klan in Oakville, Ontario, 1930,’ and ‘Bitterly Disappointed at the Spread of Colour Bar Tactics: Viola Desmond’s Challenge to Racial Segregation, Nova Scotia, 1950.’

Backhouse, Constance, ‘Your Conscience will be your own punishment: The Racially Motivated Murder of Gus Ninham, Ontario, 1902,’ in G. Blaine Baker and Jim Phillips, eds., Essays in the History of Canadian Law Volume VIII (1999)

Fyson, Donald, ‘Minority Groups and the Law in Quebec,’ in G. Blaine Baker and Donald Fyson, eds., Essays in the History of Canadian Law Volume 11: Quebec and the Canadas (2013)

Girard, Philip, Jim Phillips and Blake Brown, A History of Law in Canada Volume 1: Beginnings to 1866 (2018). See particularly chapter 12, ‘Slavery, Race and the Constitution’, and chapter 31, ‘Less Favoured by Law: Blacks and Workers.’

Miller, Bradley, Borderline Crime: Fugitive Criminals and the Challenge of the Border (2016). See particularly chapter 5, ‘The Non-Law of Refugees in British North America.’

Join us for the second of several symposia planned for 2020 and 2021 for Legal Histories of Empire.

Lisa Ford: 'The King's Colonial Peace: Variable subjecthood and the transformation of empire'

This paper is drawn from my forthcoming book, The King's Peace: Empire and Order in the British Empire. The book uses colonial peacekeeping as a lens through which to examine the shifting parameters of crown prerogative in Empire in the Age of Revolutions. This paper will argue that the legal vulnerability of (and often threats to order posed by) a diverse array of subjects - formerly French Catholics in Quebec, Caribbean slaves and NSW convicts - both prompted and justified the unravelling of the very idea of the freeborn Englishman that had been mobilised by protestant Britons in pre-revolutionary America.

Lisa Ford is Professor of History at the University of New South Wales, Australia. Her major publications include Settler Sovereignty: Jurisdiction and Indigenous People in America and Australia, 1788-1836 (2010) which won the Littleton-Griswold Prize (American Historical Association); the Thomas J. Wilson Prize (Harvard University Press); and the Premiers History Award (NSW). She is also co-author of Rage for Order: The British Empire and the Origins of International Law, 1800-1850 (co-authored with Lauren Benton, 2016) and author of The King’s Peace, which will be published by Harvard later this year. Ford is currently leading a collaborative project funded by the Australian Research Council exploring the role of commissions of inquiry sent throughout the British Empire in the 1820s on which subject she hopes to lead author a book manuscript this year. She also holds a four-year ARC Future Fellowship, during which she will explore the changing use of martial law in the British Empire from the late eighteenth century until 1865.

Jessica Hinchy: 'Child Removal and the Colonial Governance of the Family: Hijra and "Criminal Tribe" Households in North India, c. 1865-1900'

Historians have primarily examined colonial child removal projects in settler colonial contexts. Yet from 1865, the colonial government in north India forcibly removed children from criminalised communities. Child separation began in the households of gender non-conforming people labelled ‘eunuchs,’ particularly Hijras, and eventually extended to socially marginalised people designated as ‘criminal tribes,’ especially Sansiyas. First, what does a comparison of these child removal schemes tell us about the colonial governance of the family? Patrilineal, conjugal and reproductive household models marginalised Hijras and Sansiyas in differing ways, while the category of ‘child’ was contingently defined. Child separation was attempted to varying ends, including both elimination and assimilation. Yet often, the colonial state could not sustain such intensified forms of intimate governance in the face of resistance from households. Nor could officials simply determine removed children’s futures. Second, what does child removal suggest about the making of colonial law? When children were initially removed from Hijra and Sansiya households, officials admitted that ‘the law may have been somewhat strained,’ since existing laws did not provide police or magistrates with legal powers to separate these children. The Sansiya child removal project, for instance, prompted debates about colonial legal exceptions and the ‘legality’ of the colonial state’s practices among colonial officials and Indian and European non-officials.

Jessica Hinchy is an Assistant Professor of History at Nanyang Technological University in Singapore. She researches the history of gender, sexuality, households and family in colonial north India. In 2019, Cambridge University Press published her first monograph, Governing Gender and Sexuality in Colonial India: The Hijra, c. 1850-1900. Her research has also appeared in Modern Asian Studies, Gender & History and Asian Studies Review, among other journals.

The event will take place by zoom on Friday 5 March (or Thursday 4 March, depending on your timezone - see below). Please register here (via Eventbrite) to attend.

Posted by Mary Stokes at 9:36 AM No comments:

During the first few months of 2021 the Osgoode Society will be putting on a series of ZOOM events, covering various themes including Diversity and the Law in Canadian Legal History. The schedule is currently a work in progress, but the first such event will be held on Wednesday January 20th, at 5.30.
Professor Heidi Bohaker of the University of Toronto will discuss her book Doodem and Council Fire: Anishinaabe Governance Through Alliance. This study of Anishinaabe law before the Europeans is the Osgoode Society’s members’ selection for 2020. To join us for this fascinating presentation please register on our website at https://www.osgoodesociety.ca/events/. On registration you will be sent the link for the event.
Posted by Mary Stokes at 5:34 PM No comments: